Over the next several weeks I’ll be publishing, in serialized form, my new book, Mastering Street Photography.

If it’s more convenient, you can find the serialization of this book on Medium.com.

The book and all images (unless expressed otherwise) are copyright ©Anthony Morganti – All Rights Reserved. Email me for permission to use – Tony@AnthonyMorganti.com

Candids are usually shots of ordinary people going about their day. Whether they’re going to or from work, the market, out to eat or playing in a park, the photographer’s goal is to capture the person doing whatever they’re doing without that person’s knowledge.

I don’t pretend to be a lawyer and recommend you check the laws in your country before you begin street photography but, to my knowledge, taking photos of people in public places is legal in most countries of the world. Again, check the laws where you live but in all likelihood, you are entirely within your rights to take pictures of people without their knowledge or consent as long as they’re in a public place. Now that’s not to say that you can sell those images for advertising. For that, you’ll almost definitely need a model release.

As for the second question about the morality of taking candid street images, if that is an issue for you, you probably shouldn’t be a street photographer. I would never ask anyone to do something that they deem morally unacceptable nor will I attempt to talk you into it. That is something that you must decide.

Later in the book, I talk about techniques on how to capture that candid image including methods such as zone focusing and shooting from the hip.

Street portraits are images taken of people with their full knowledge and usually with their consent. Often but not always they’re posed shots of people in the street.

Anyone you find interesting can be a candidate for a street portrait. It could be a vendor, a street musician or just a person that looks interesting and friendly enough to ask if you can take their picture.

I mentioned above that street portraits are taken with the person’s knowledge and usually with their consent. I say usually because often, a person you’re trying to capture as a candid photograph will see you take their photo. In those cases, the image is no longer a pure candid, but it isn’t a posed portrait either. Either way, it doesn’t matter because often this type of street image can be one of the best. It can be quite amusing when a person realizes right before you’re pressing the shutter that you’re taking their picture.

When this happens, it’s best to smile and offer a friendly nod. Most people shrug it off and move along with their day.

Not to be confused with Architecture Photography, architecture in street photography is when buildings are used as backdrops for the social interaction of humans or for illustrating human activity.

You could be taking advantage of lines such as in the image above or perhaps using the symmetry or some other specifics of a building’s architecture to enhance your subject.

Interesting architecture, statues, graffiti and other items that may make a building can be utilized in a street image.

Photojournalism is a form of journalism that employs images to tell a story. As a street photographer, you can be considered a photojournalist if you’re taking a series of images that command a particular theme. Usually, to be considered photojournalistic, the subject of your pictures often must be relatively serious. Poverty, homelessness, drug use, neighborhood gentrification, and prostitution are just a few of the many good themes.

When shooting images for street photojournalism, all of the types of images that we previously spoke of can be employed — candids, street portraits, and architecture. All of these can be utilized to tell your story.

Many street photographers are shooting to a theme. These themes are often less serious than that of what a photojournalist would be doing and are usually fun. Recent topics I’ve seen street photographers tackle include shooting people on their cell phones, taking pictures of people carrying umbrellas, images of men in suits and photographs of people on bicycles. A photographer will typically shoot to their theme for, at the very least, several days but often for many years. Frequently the culmination of their effort is a publication of a book after which they move on to a new theme.

The title, Street Photography may lead one to believe that for an image to be considered a street image, it must be taken on a public street. Nothing can be further from the truth. Street photography, as I touched on in the introduction, as a discipline, concerns recording, through photography, people interactions. And of course, people interact in places other than the street.

Museums, such as the New York Museum of Modern Art above, are great places to take images that are faithful to what most photographers consider to be street photography — that is people interacting with one-another, and their environment, in a public place.

Parks, playgrounds, and ballfields are also public spaces where you can capture interesting images.

Don’t limit yourself to city streets. Consider any public space as a potential street photo opportunity. 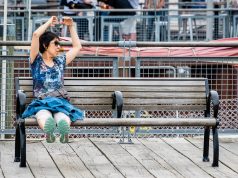 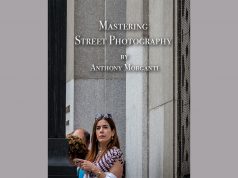 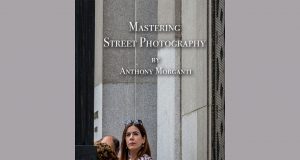